After cleaning up the clamp with hammering (which is very painstaking work anyway), 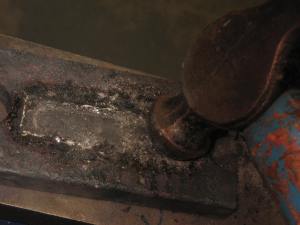 I checked the billet after pickling, and I could see there was fused part, non fused part, and suspicious part. 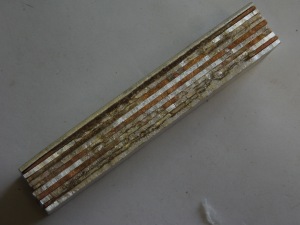 So I flowed solder on suspicious and non fused part.

Next, I tried annealing and rolling down process.  However, something came out from the billet during annealing…!!!

It looks gilding metal, but it is still not sure  yet…  might be sterling silver. 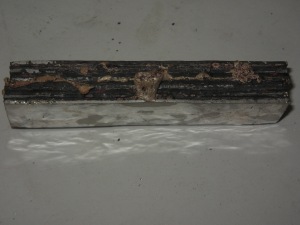 At the next annealing process, I did same mistake again…  This time was worse than before… 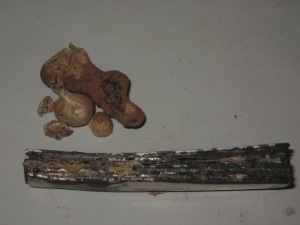 Despite the failure, I had no choice but to keep doing carefully…